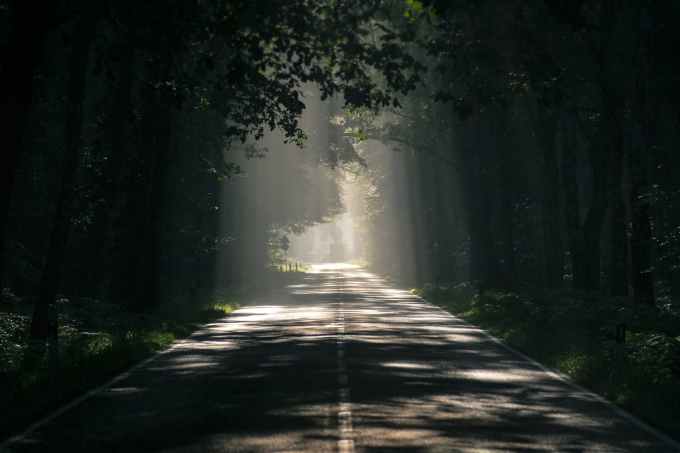 Today’s Gospel reading tells us about Nicodemus’ encounter with Jesus. So, what do we know about Nicodemus? He was a Pharisee, and a member of the Jewish ruling council – but he was also seeking. What was he seeking though?  I’d go as far as saying he was seeking truth and light.

Before I come on to that, its perhaps helpful to think about the context leading up this encounter.  Jesus had previously provoked the opposition of the religious authorities, including the Pharisees, by clearing the temple courts of the money changers and sellers of animals for sacrifice.  And then, for all there to bear witness, he went on to say, “Destroy this temple, and I will raise it again in three days.”

With that in mind, it’s quite surprising that Nicodemus wasn’t in stark opposition to Jesus.  He clearly wanted to know more about Jesus.  He was seeking and wanted to find out for himself who this person was.  It’s clear he knew that there was something different about him.  We can be just the same sometimes; seeking and wanting to know more too.

Perhaps surprisingly, Nicodemus came to Jesus at night.  The gospel writers tend to include details like that for good reason.  If Nicodemus had been coming in an official capacity, he would probably have come during the day.    In this case, Nicodemus is likely to have come at night to avoid controversy.  It is likely that Nicodemus will have wanted to avoid being observed by fellow members of the ruling council. But another plausible reason is that Nicodemus found himself in a place of ignorance and spiritual darkness – it can’t have been easy for the Pharisees – they had had such trust and responsibility placed on them and yet they had blown it.  They had allowed religious observance and the nitty-gritty dogmatic following of the letter of the law to dominate their very existence and had lost sight of the spirit of the law.  But somehow in God’s grace, Nicodemus had some recognition – he was searching and began a journey into faith in Christ.  He recognised that he was in darkness and knew that Jesus was different.  He came to know that Jesus is the Light of the World.  Jesus is the Way, the Truth and the Life.

And when Nicodemus addresses Jesus, he calls him “Rabbi”.  Then he follows that with an interesting statement: “we know that you are a teacher who has come from God. For no one could perform the signs you are doing if God were not with him.”  Nicodemus doesn’t say “I know”, he says “we know.”  This implies that Nicodemus was speaking not only for himself but also for others.  It is even more incredible then that despite this knowledge, those in the ruling authorities who recognised Jesus as a teacher from God still rejected him.  Perhaps they had become complacent and wanted to maintain the status quo.

Jesus responds to Nicodemus with three separate statements, all beginning with two simple words “Very truly.”  Whenever we see these words, they should be like a neon sign to us declaring “pay attention! What I am about to say is really important!” The fact that Jesus makes these three statements all beginning with those two words serves to emphasise their importance.

Jesus’ first statement is one that has caused many Christians to struggle…“Very truly I tell you, no one can see the kingdom of God without being born again.”  We are all called to be born again Christians, born again believers; and as Jesus goes on to say, to be “born of water and the Spirit”. That involves us seeking more of God, and having our eyes opened and at last seeing and acknowledging the truth. It also involves a response.  It can involve that wilderness experience of dying to self and living for Christ, it can involve that rebirth from above and a claiming of the new life in Christ into which we are all called as Christians. It involves a journey from doubt and disbelief into faith, faith like that of Abram who was obedient to God and “believed God, and it was credited to him as righteousness.”

We are in the season of Lent.  It’s a great opportunity for self-examination, for penitence and for rediscovering who we are in Christ as we journey with him to the cross.  Nicodemus journeyed too.  He was seeking and journeyed from doubt and disbelief to faith, from spiritual blindness – “How can this be?” – to spiritual awareness.  We know that Nicodemus later showed real courage by protesting against the unfair hearing of Jesus, and he brought a lavish gift of spices to anoint Jesus’ body.  It seems in some way he came to a place of faith and belief.  Nicodemus had stepped out of the darkness into the light of Christ.

The account of Jesus with Nicodemus reminds us that God is a God of second chances.  We can and should be born again.  The American Methodist missionary and theologian E Stanley Jones said “This possibility of conversion, regeneration, opens a new and astonishing possibility to [us]—that [we] need not remain as we are; that we can have a new birth in this birth, another chance when we have muffed this business of living; . . . a new blood transfusion from the Son of God.”  God’s grace allows us to recapture, to relearn the people we are created to be.  No wonder we read in Luke’s Gospel “I tell you that in the same way there will be more rejoicing in heaven over one sinner who repents than over ninety-nine righteous persons who do not need to repent.” (Luke 15:7)  No wonder we read in Matthew’s gospel “Ask and it will be given to you; seek and you will find; knock and the door will be opened to you.” (Matthew 7:7)

Jesus declared that everyone who believes may have eternal life in him.  And the reason why God did this is because of love…“For God so loved the world that he gave his one and only Son, that whoever believes in him shall not perish but have eternal life.  For God did not send his Son into the world to condemn the world, but to save the world through him.” What defines us as children of God is the knowledge and experience of the love and grace of God, a love that we share with others.  We are told that people might know that we are Jesus’ disciples by the love that we have for one another.

It is a wonderful thing to have a second chance.  It is a wonderful thing for us not to stand in condemnation and be loved and forgiven by God.  It is an amazing thing for that to have been achieved through the life, death, resurrection and exaltation of Christ.  So, as we journey through Lent, let’s journey together.  Let’s journey with Christ. Let us pray that we might step out of the darkness into the light with the eyes of our hearts enlightened to see Christ.  Amen

A Doctor's Reflections on Psychology and Spirituality • Give Light, and the Darkness will Disappear of Itself

the forum for West Yorkshire Churches

I was so much older then, I'm younger than that now.