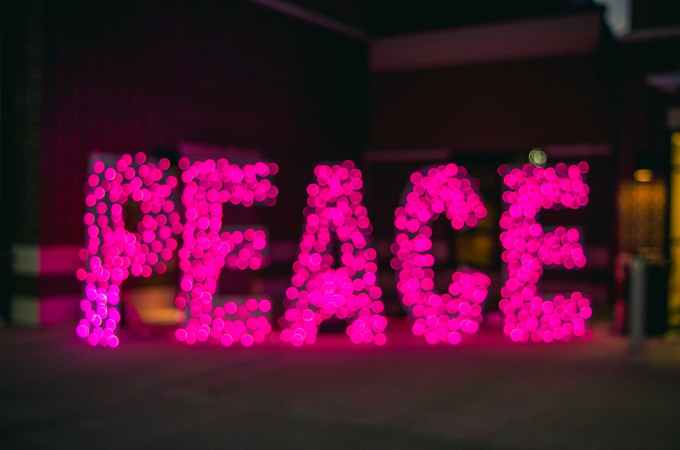 It’s very easy to make Thomas the subject of consideration in this passage, but I’ve spoken about Thomas and his reaction before.  This time I wanted to speak specifically about the disciples in general and encourage us to think about how we might react and what understanding we might have in our faith in Christ.

I’ve been thinking about the emotional rollercoaster they went on leading up to the events surrounding Jesus’ betrayal, arrest, trial and crucifixion and what happened next.  It’s perhaps helpful to remember that Jesus had explained to the disciples on several occasions that he had to be killed but on the third day would be raised to life (Matthew 16:21, Matthew 17:22-23, Matthew 20:17-19).  Did the disciples understand this?  Or did they think that it simply couldn’t and wouldn’t happen?  I think the only way we can possibly identify the answers to these questions is to look at what happened next.

If you imagine for a moment that you are one of the disciples in the days after Jesus’ death, you’d likely be in shock for numerous reasons:

I don’t know about you, but I think I would have been distraught, disorientated, disillusioned, and feeling overwhelmed, hopeless and struck down by grief.  These emotions paint a chaotic picture.  After all, this wasn’t how it was supposed to work out, was it?

It’s hard to imagine what the actual conversation between the disciples must have been about at this time.  What will we do?  How can we avoid capture? What on earth went wrong?  Often though, when people gather at funerals there are many conversations that begin with “do you remember when…”, as the mourners look back and share fond memories of the loved one they had lost.  I’m sure that as the disciples journeyed through the cycle of grief (denial, anger, depression, bargaining, acceptance), they will eventually have found themselves able to ask that question too.  It’s likely though that events had moved too quickly for them to come to a place of acceptance, and certainly Mary’s commentary will have “upset the apple cart” all over again.  Had she really seen him?  Why would she say such a thing?

It is perhaps quite astonishing that it is into this situation that Jesus chooses to appear to his disciples, as they were gathered together in a locked room. At first, perhaps, they might have been doubtful or incredulous, thinking that they were seeing things. I think I would have been on a rollercoaster of emotions.

Jesus greeted them with “Peace be with you!”, wanting perhaps for peace and order to replace the chaos and the turbulence of the preceding days.  Almost immediately, he showed them his hands and his side perhaps wanting them to know that he was no apparition – he was stood there before them “in the flesh” even if somehow different.  After all, he had come and stood with them in a room that was locked!  Helping the disciples see that he really was there with them in such a graphic way was all that was required – and they responded with joy! What a tremendous moment.  All their hope that Jesus might truly be alive was re-realised.  And quite possibly all the words that Jesus had shared with them in which he said this would happen will have come flooding back. Sometimes in our faith journey it takes us a while to get the point, to understand, for things to start to make sense, for the “penny to drop” especially if that place of understanding takes us beyond or outside of our comfort zone.

Jesus wanted the disciples to journey from doubt and disbelief, and he wanted to commission and appoint them.  He was sending them and empowering them in the power of the Holy Spirit.  It is an incredibly powerful charge to give to someone if you say: “If you forgive the sins of anyone, their sins are forgiven; if you do not forgive them, they are not forgiven.” (John 20:23)

There is another powerful and contrasting emotion here that the disciples experienced – joy.  Do we live every moment of our lives with a deep joy that bubbles up like a spring within us because we KNOW that Christ is risen, and he HAS conquered sin and death?  It is no wonder that Peter could say with absolute faith:

“Praise be to the God and Father of our LORD Jesus Christ! In his great mercy he has given us new birth into a living hope through the resurrection of Jesus Christ from the dead, and into an inheritance that can never perish, spoil or fade. This inheritance is kept in heaven for you, who through faith are shielded by God’s power until the coming of the salvation that is ready to be revealed in the last time. In all this you greatly rejoice, though now for a little while you may have had to suffer grief in all kinds of trials. These have come so that your faith—of greater worth than gold, which perishes even though refined by fire—may be proved genuine and may result in praise, glory and honour when Jesus Christ is revealed. Though you have not seen him, you love him; and even though you do not see him now, you believe in him and are filled with an inexpressible and glorious joy, for you are receiving the end result of your faith, the salvation of your souls.”

Peter was there and lived through all of these things.  His experience at this time taught him invaluable lessons that not only sustained him in his subsequent ministry building up and equipping the early church, but also bore tremendous fruit.  That’s why even in the face of the roller coaster that we are on now with this pandemic, “we do not lose heart. Though outwardly we are wasting away, yet inwardly we are being renewed day by day. For our light and momentary troubles are achieving for us an eternal glory that far outweighs them all. So we fix our eyes not on what is seen, but on what is unseen, since what is seen is temporary, but what is unseen is eternal.” (2 Corinthians 4:16-18)

A Doctor's Reflections on Psychology and Spirituality • Give Light, and the Darkness will Disappear of Itself

the forum for West Yorkshire Churches

I was so much older then, I'm younger than that now.